News 14/15:
This circuit has always had a weak link at Chatel, where you needed to catch a bus between the Linga
ski area near Avoriaz and the Super-Chatel area between the village and the Swiss border. No longer:
this season two new fast chairlifts mean you will be able to ride between the two areas without removing
your skis. In 2015-16 a piste down the Super-Chatel side is due to open, making the link even better. 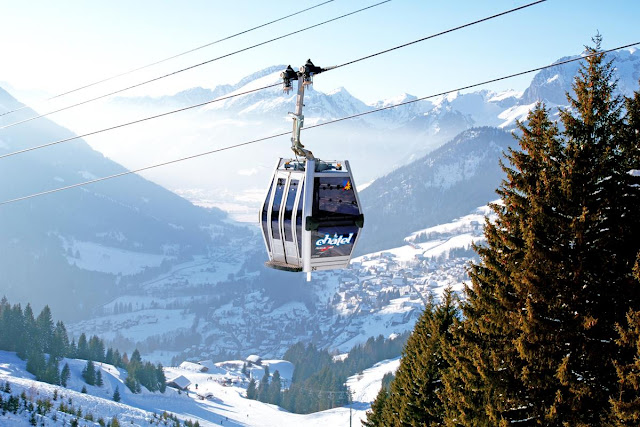 Chatel is linked to the massive Portes du Soleil; the ski area offers classic intermediate terrain. The local slopes are
some of the best in the Portes du Soleil and normally the lifts are relatively queue free. Chatel has a combination of
open and wooded slopes. Linga and Pre-la-Joux have the best snow locally as they are mainly north facing. The lifts
located above Torgon area give spendid views over Lake Geneva

The Châtel ski domain has 49 ski slopes: 5 black, 15 red, 18 blue and 11 green with a total length of 83 km.
The inclusive Châtel ski pass is also valid throughout the Swiss resort of Torgon, in the Corbeau sector of the Swiss
resort of Morgins and the La Braitaz sector at La Chapelle d’Abondance (including the Panthiaz gondola lift). So with
a Châtel ski pass you can use 57 ski lifts and 72 pistes totalling some 130 km (80 miles).

Chatel's own area is divided into three parts. From Super-Chatel you can cross over to Morgins in Switzerland and then
towards Avoriaz. Each area is also linked by a very regular shuttle service. With the Portes du Soleil handsfree ski pass
you are totally free to ski, at Châtel, Avoriaz, Morzine, Les Gets, Saint Jean d’Aulps, Montriond, Abondance and La Chapelle
d’Abondance on the French side, and at Morgins, Torgon, Champoussin, Les Crosets and Champéry on the Swiss side. 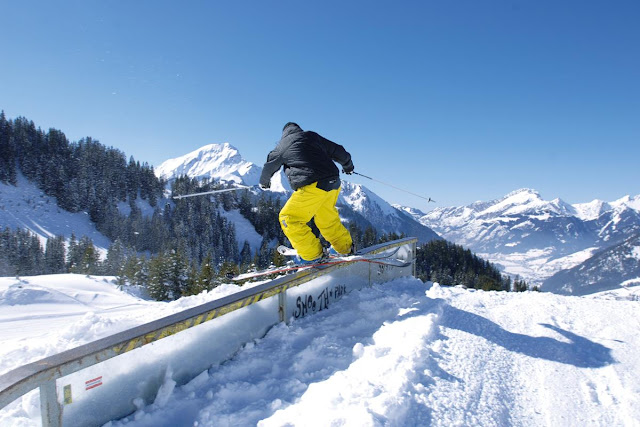 Torgon
From Super-Châtel, one can take the Tour du Don ski lift directly to Torgon, the Swiss resort.

Morgins
From Super-Châtel, the Chalet Neuf ski lift provides a link to Morgins via the pistes.

La Chapelle d’Abondance
From the Barbossine sector, take the Col de Croix red piste to Torgon, the Swiss resort, then the Djeu des Têtes ski lift,
followed by the Conches 2000 ski lift. Several alternatives are then available to the Panthiaz gondola which gives access
to La Chapelle d’Abondance.
A regular shuttle provides a link to the Crêt Béni sector of La Chapelle, and will also take you back to Châtel.

Avoriaz
Avoriaz can be reached directly via the ski slopes. From Pré-la-Joux take the Pierre-Longue and then Rochassons chair lifts.
When you reach the crest take the red Chaux-Fleuri piste or the blue Grand Plan piste to Avoriaz.

Châtel ‘s free ski buses
Free ski buses reach the differents ski areas ( Barbossine / Super-Châtel and Linga / Pré-la-Joux from
the center of the village. They are operating non stop and every day from 8h30 to the ski resort closing time.


For beginners Super-Chatel is directly above the village centre and has an area of easy, open and lightly wooded beginner slopes.
There are also nursery slopes in the village. Linga and Plaine Dranse have some of the best red runs for a budding intermediate.
Les Lindarets and Morgins are other ideal areas for intermediates. The Torgon sector is ideal for those wanting to be challenged.
Pré-la-Joux offers the quickest gateway into Avoriaz and also some excellent mogul field in Plaine Dranse.
For snowboarders, Linga sector has some good varied slopes and some off-piste opportunities.

Ski hire can be arranged from as little as £47 per 7 days for skis, boots and poles for adults
and £33 for children. View here for ski hire details.

FREE PASSES!
Children under 5 receive a FREE lift pass.
Proof of age will be required for reduced price passes.

Other lift pass on offer (to buy locally in resort in Euros):

(1) 5 hours ski pass. Starting when skipass bought if on bar code card or from the 1st use if on "look no hands" card.